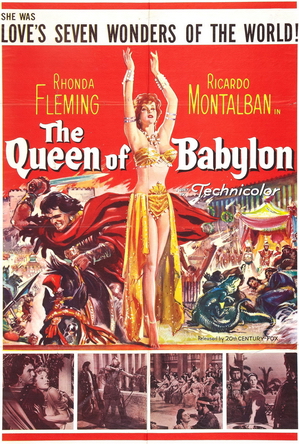 The Memoir of my Sacred Pleasure continues. Read up on it Part I, Part II and Part III here.

As I mentioned before, growing up, I was pretty. Really pretty. That Italian heritage of mine, big ass, tight tits. I was prettier than my twin sisters, Bettina and Regina. And really hot, exuding this sexual charisma that drove men wild, especially my teachers. It was like a perfume that filled the room and led men (and women) by their noses to my body.

I had to press my books to my chest to hide my boobs from their laser beams eyes burning holes into them. I was always hit on constantly – a smooth brush of the tit, a slide of the hand on the butt in the lunch line. I shyly slid away to the public library to read in quietude.

Now I know all along that they had been picking up my hot cunt scent subliminally. Subconsciously, I was emitting it all along….touch me…touch me… For I was desperate to be touched, my neck craning not to see the blackboard but desperate to be fucked and loved, to indulge in the pleasure and satisfaction of giving into raw pleasure and carnal lust. All those pleasures of the flesh too long denied me.

I pretended to be shy instead, keeping my precocious womanly breasts under wraps, eschewing short skirts to hide my legs, to be good for my mother, to be good for Jesus. 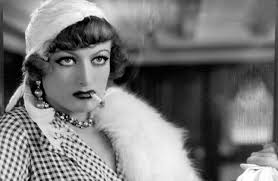 As a Catholic, I felt guilty for the sexual feelings I had for Jesus. Secretly during mass as Father Goring bored me with his rites, as I kneeled and prayed and listened to old women play the organ, I imagined myself as Mary Magdalene. I looked up at the cross and saw his flesh, the loincloth over his cock. I thought of the movie The Last Temptation of Christ. My mother and a whole pile of ladies picketing the movie theatres. What’s wrong with Jesus wanting to love and be loved? To be married to a woman, Mary Magdalene, the woman he appeared to first after crucifixion? 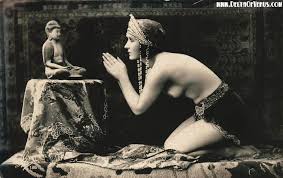 I wanted to be Jesus’ lover. I yearned to be his consort. His wife. But not the stale nun types. I wanted to be the Goddess of life herself – beautiful and adorned with the world, dripping in jewels as wet and shiny as my own sweet-smelling cunt. I felt like it was something preordained… some past life. But I fought those feelings down. Still, I wondered.

Jesus hung out with the prostitutes. Why would there be anything wrong with that, I wondered. Plus, not having any women around seemed unnatural and out of balance, my bookish mind argued. Jewish law was for men to be married. Why wasn’t Jesus married? “Whore!” was all mother said when I asked these questions. So I guess I am.

I imagined that I was Mary Magdalene, washing his feet, anointing lovingly his loins with perfume and perfect devotion and fantasized that the Wedding of Cana was ours. Riding on top of Jesus, we consecrated the holy hieros gamos, the male female sacred marriage rite I intuited but didn’t trust myself with and only learned about when I became a tantric high priestess years later. More on that next time! xoxoxo 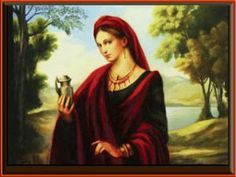 I mean, how can pleasure be wrong? Touching, sucking, petting, loving, caring, resting, glorious lounging about. Orgasming over and over and OVER again and giving each other pleasure. GREAT pleasure! Sex is creative! Creating! Fucking is creating! I thought those thoughts, but didn’t dare reveal them, good girl I was in Peter Pan collars and long skirts.

Still, while murmuring Our Lord’s Prayer and looking up at the Lord on the Cross, I felt such deep love and passion. Such agony as much as ecstasy for his body, his love and adoration. I squirmed as my pussy burned. I received cross looks, unbrotherly love in response. Something was wrong with my family’s religion. It did not serve me as it was supposed to.

I wondered, why couldn’t Catholics get any pleasure? (We didn’t know about the priests sexual abuse yet back then.) The Hindus get to have their Lord Krishna having sex with a thousand Gopi girls and he could have sex with his consort Radha? Finally, I got some answers.

I secretly read in the public library about a whore named Shamhat (“The Voluptuous One”), who appears in the Gilgamesh epic, beguiles the wild man Enkidu: “She unclutched her bosom, exposed her sex, and he took in her voluptuousness.” I was amazed. I had hope, realizing that the pre-Christian world was a Goddess world where sex and pleasure reigned as religious rites. 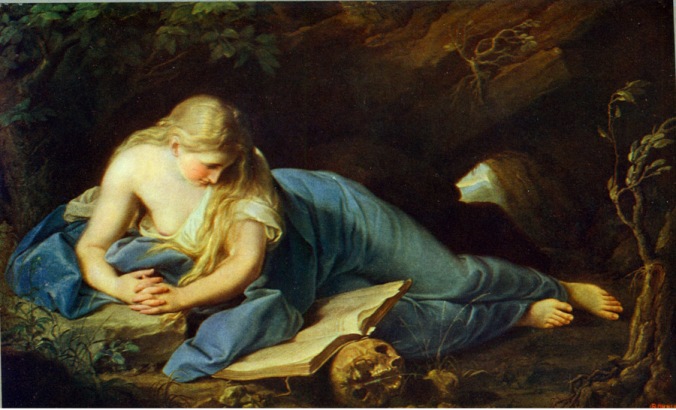 Why couldn’t Jesus have sex with his beloved Mary Magdalene as the ultimate religion? Why not the pleasure of Mary Magdalene’s body merged in bliss instead of the torturous pain of the cross? I demanded to know, but didn’t dare ask.

My eyebrows knit in wonder each Sunday as my tongue felt the communion host melt on my tongue and imagined it melting with the Lord’s instead. I retreated to my fantasies. 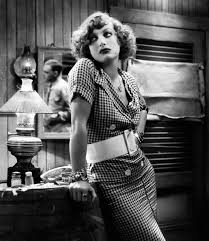 I grew up watching a lot of TV and fell in love with all the old movies and movie stars. Secretly I wanted to be Sadie Thompson the Prostitute in the old black-and-white Joan Crawford movies of the 1930s.

I wanted to be the harlot Jean Harlow in the movie China Seas in her dripping gorgeous gowns framing her svelte figure, or Greta Garbo’s sultry and beautiful but sullen prostitute Anna Christie.

Then there was Scarlett O’Hara in Gone With the Wind. She introduced me to the Bitch. Who survived this cruel world by sheer womanly power by luring men in with her mesmerizing beauty and open cunt, fucking guys and marrying them for their money. She was commanding and gorgeous. She was my secret self beneath it all the liturgy. 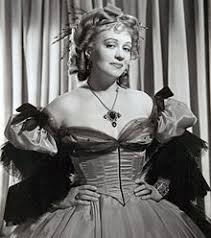 Most of all, I secretly wanted to be Belle Watling, the whore prostitute Rhett Butler frequented in Gone With the Wind.

Now I realize all along, Belle was The Whore of Babylon in disguise. The Queen of Babylon. I fantasized being while the bitter nun rapped my friends with her stick for passing notes.

The Whore of Babylon’s name literally means, “The Luscious One.” The Great Mother Goddess of fucking as a spiritual act, demonized by the Church so that it could gain power over the world. 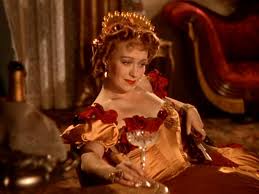 Belle Watling, The Whore of Babylon, in Gone With The Wind

The Orient devoted enormous buildings to her, its goddess of sex and love. Hymns praised her as a “Mistress of Women” with “seductive charms.” I secretly checked out books in the public library or roamed the new age bookstores downtown to read the secret mysteries of love and passion. “In lips she is sweet; life is in her mouth.” It made my tits hard and my cunt wet.

She was also known as Semiramis, The Greek name for the Assyrian Queen who founded Babylon and built its famous Hanging Gardens. She conquered the whole Middle East, and invaded Kush and India, scoring military triumphs, building architectural wonders, and ruling with wisdom. 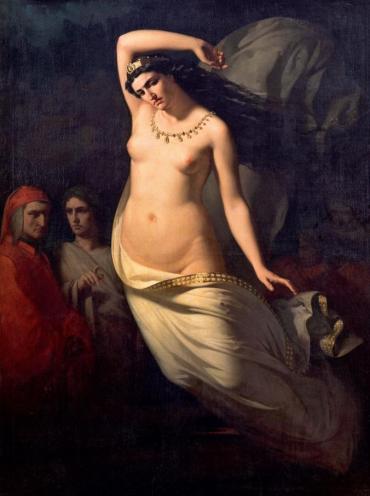 The daughter of the goddess herself, she had consorts roaming the royal household and serving in temples.  I read about her in Dante’s Inferno, punished for her “sensual vices.” Voltaire wrote a tragedy about her, which was later made into Rossini’s 1823 opera, Semiramide.

I was astonished. My fantasies ran wild with naked women roaming freely about these paradisical gardens, fucking men and giving them pleasure as a sin-free sacred act.

No wonder I wanted to be her. As if I were remembering a past life. Sacred Queen Veronica of Sex and Pleasure, too long denied, doing her part in the Apocalypse. Lots of fucking! YEAH!

I closed the books, wandered home to mother’s boiled beef and hash browns trapped under a cross over her high-collared bosom, downturned from and a boredom to match, wondering where the twins and father were – out fucking the town. I felt bad for her. So I stayed the good girl. 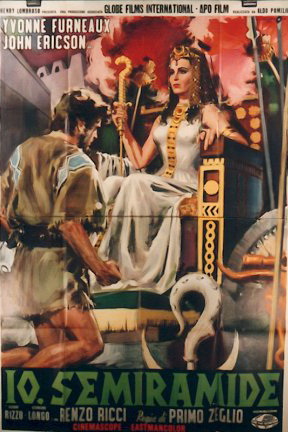 But secretly I still wondered at night and touched myself to orgasm. Because like the Whore of Babylon, Belle was beautiful and kind.  She gave donations of her earnings to the orphanage. That’s like Jesus! I thought, what a noble thing to do. Prostitutes are good ladies after all. Doing an important public service. All those frustrated, angry and lonely men need companionship. Makes for a lot less mass shootings IMHO.

Plus courtesans are smart, educated ladies who can converse sexually with their minds to men’s delight as well. They deserve respect and to be treated right, I thought secretly, while my mother prayed on her rosary and my father was out somewhere… I don’t know where. (Fucking a lot of whores, I found out later! Next time! xoxoxo)

But I did the right thing. After my sisters Regina and Bettina ran off to form their own strip club, I stuck around to take care of mother. I majored in Art History and got my MRS degree, married a lawyer who went to mass every Sunday and we kept our sex under tight wraps and cool hymns. Bore a daughter. But as my daughter grew into adolescence and started budding sexually, well I guess that was my rise and shine call too for a second coming.

To live live in a time when sex, whoring and prostitution were not sinful but a sacred form of worship. A form of connecting to the divine. A way to love and give love and care to each other.

Sounds good to me! Let’s do it!

Tell me the story of your sacred pleasure. What gives you a feeling of merger with the divine? What sexual act gives you ecstasy? How do you let go of guilt and death and say yes to love and pleasure?

Write On and Do Tell!

9 thoughts on “The Queen of Babylon, Mary Magdalene and Sacred Sex”